Passenger side driving light replacement - half a decade late

Well, the TA was purchased in 2006, driven for about a year then pretty much put into storage from 2007 to 2011 when it was restored.  Sometime during that time the passenger side driving light went out ... and instead of investigating the cause, what little I drove of the TA, I just turned the driving lights off and used the main headlights only.  Procrastination and all that.  After the TA was restored, old habits died hard and one night I flicked on the lights, remembered that the driving light had been burned out for the better part of about half a decade and decided to finally fix it.

I guess I'd tried (or thought about) fixing it years ago because I found a set of Blazer driving lights in the garage ... purchased at Walmart with the intention of just yanking out the factory driving lights and replacing them with aftermarket, higher capacity units (since I had priced replacement driving lights and OEM parts had a price tag like they were made out of solid gold).  I had inspected the lens of the failed driving light and found it to be intact so no moisture or rust, it had just burned out.

Being the first 3rd Gen F-body Pontiac that I've owned with driving lights, I thought the whole light was one unit ... I didn't realize it was a semi-permanent mount with a replaceable bulb (you can't replace the bulb in the headlights, you just replace them as they burn out) so you can understand why I was approaching this ass backwards.  I was in Walmart one night and looking at new headlights for my '89 Daytona Shelby when an itch got me to look up and see if there were actually driving light bulbs for the '86 TA.  Sure enough, I found bulbs listed and that's when I knew that the driving lights weren't disposable but rather reloadable.  I went home and looked up in my shop manual the exploded diagram of the front fascia and sure enough, bulbs were shown going into the housing.

I've procrastinated almost half a decade on this fix and it's a whole lot easier than I thought it was going to be.

I got up one Saturday morning early, drove the TA up to Advance Auto Parts, buy two bulbs, came back, ramped and chocked her, and proceeded to replace the driving light bulbs in both sides.  It's a lot easier than I was led to believe and the end result is that the TA now has a functioning passenger side driving light in the spoiler and she's got her smile back (instead of a snaggletooth grin) when the lights are turned on. 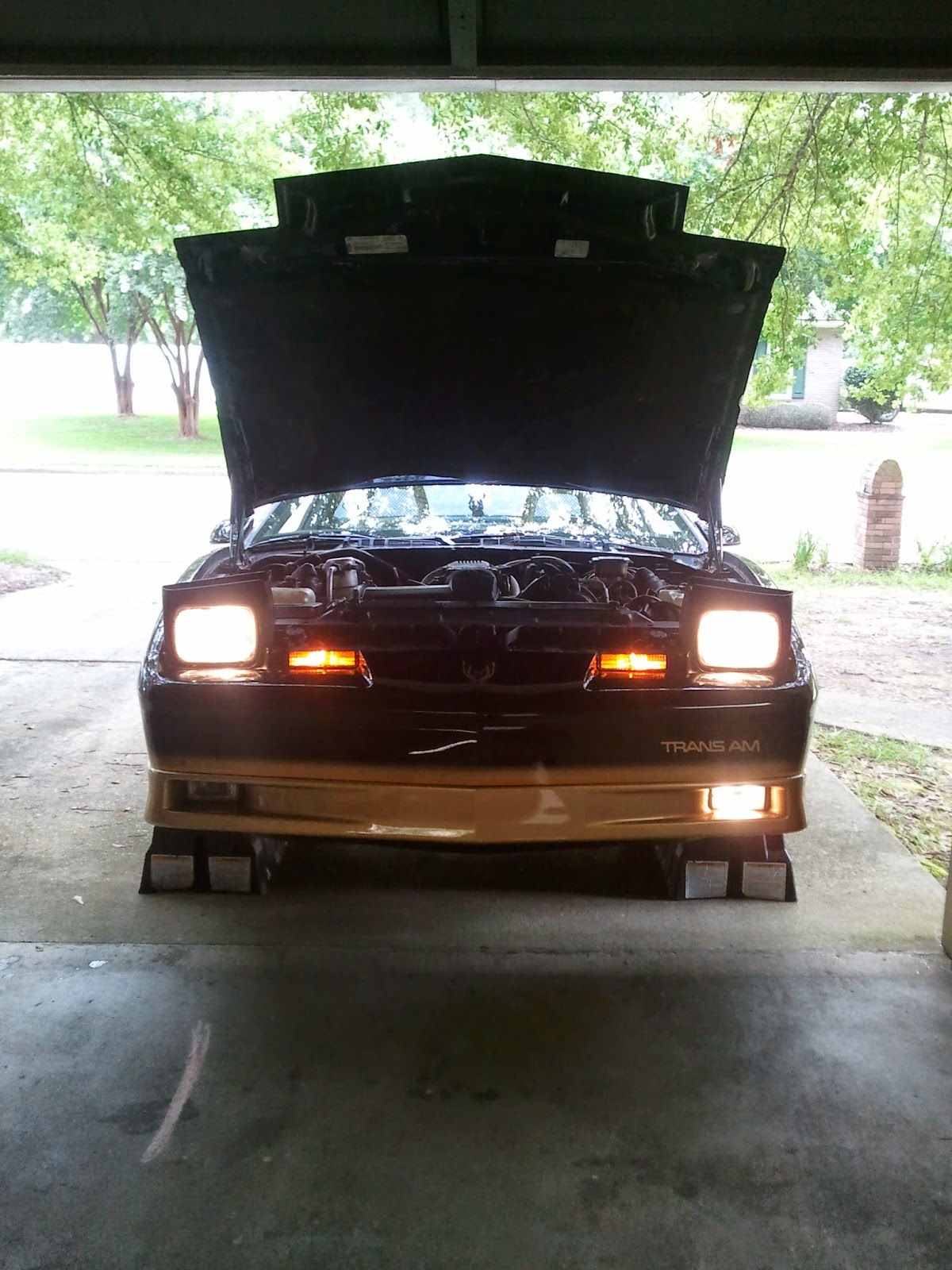 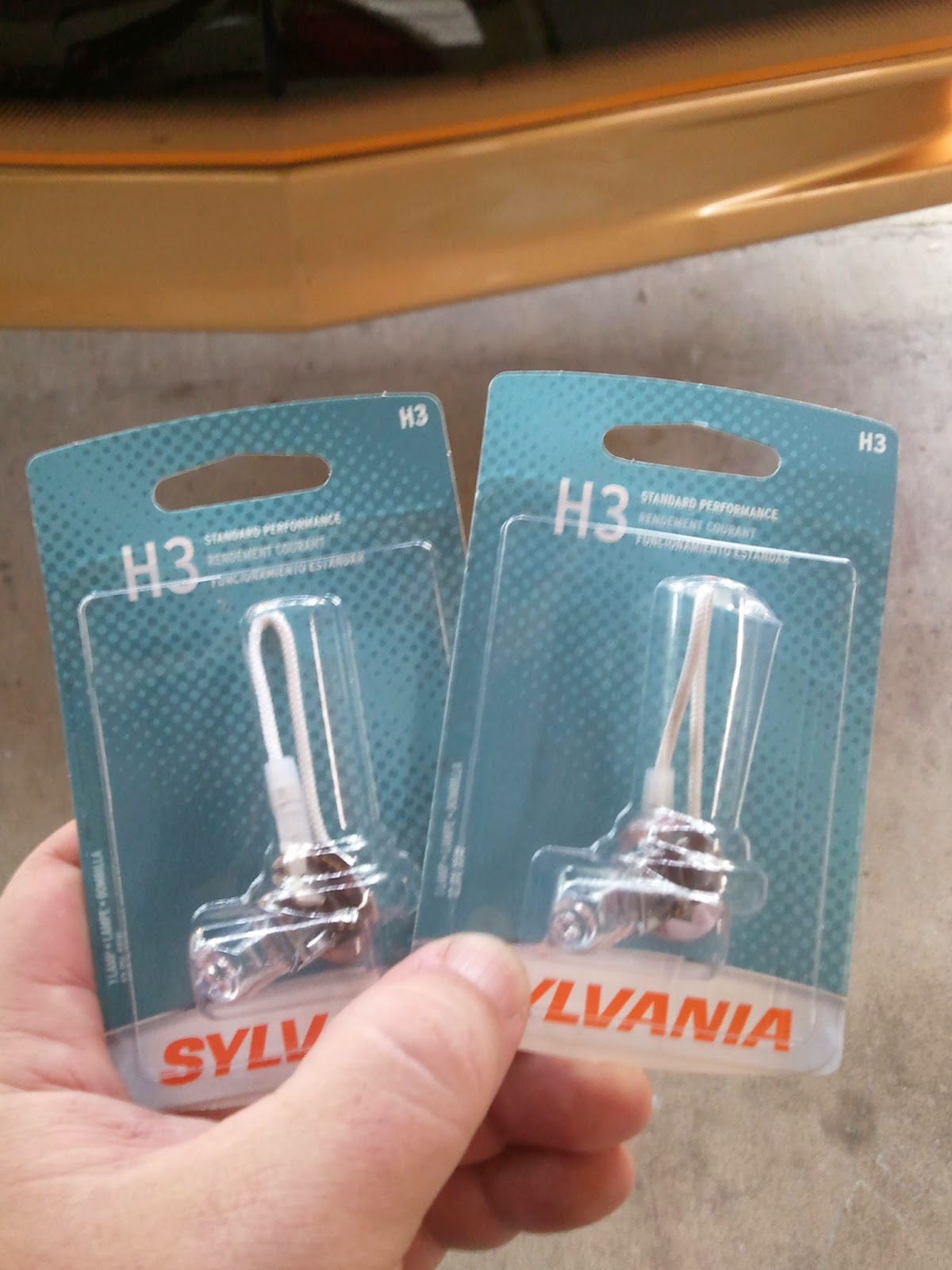 Sylvania H3 bulbs to the rescue.  Take two and ... you know the rest. 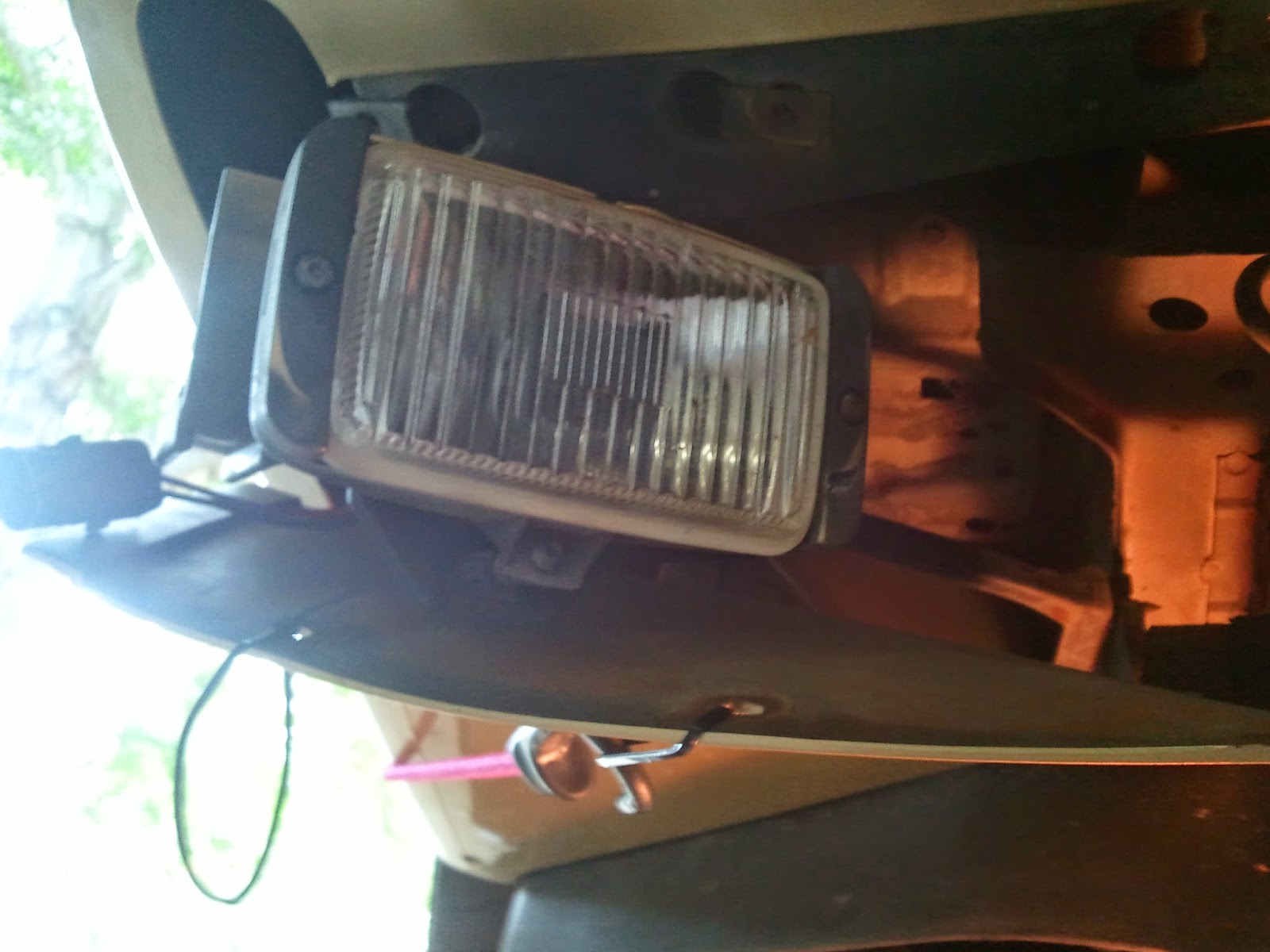 Getting to the driving lights is a chore.  It's not hard, it's just tedious.  Have some bungee cords available and some zip ties as well.  The two black bands are zip ties used to make loops through the fastener holes so that the hooks of the bungee cords can be used as a third and fourth arm to hold the flexible plastic back so you can have both of your hands free to unhook the driving light from its wiring harness, remove it from its mounting bracket, etc.  When you're done, just clip the zip ties and put everything back together. 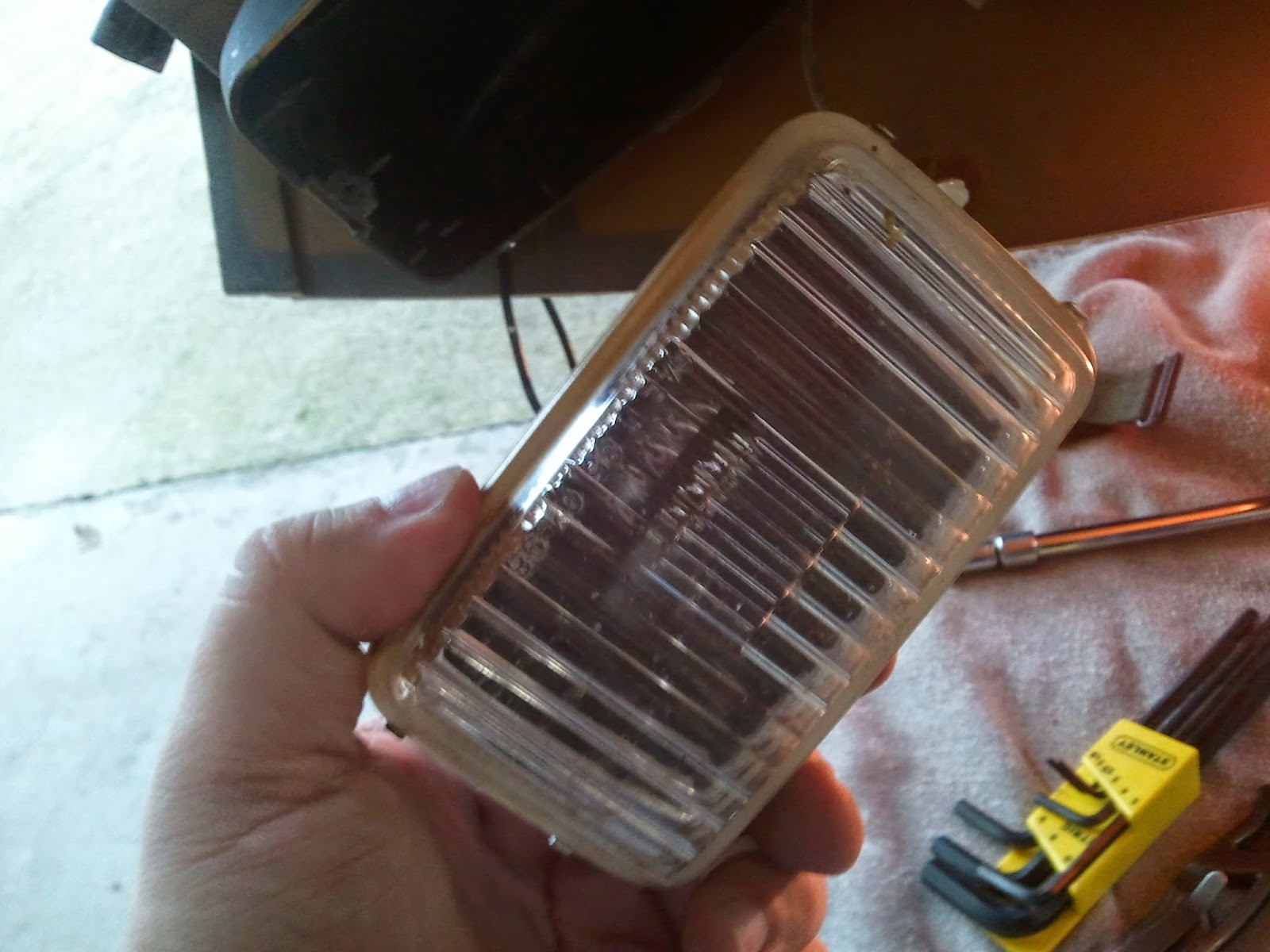 The factory driving light assembly, with its mounts removed. 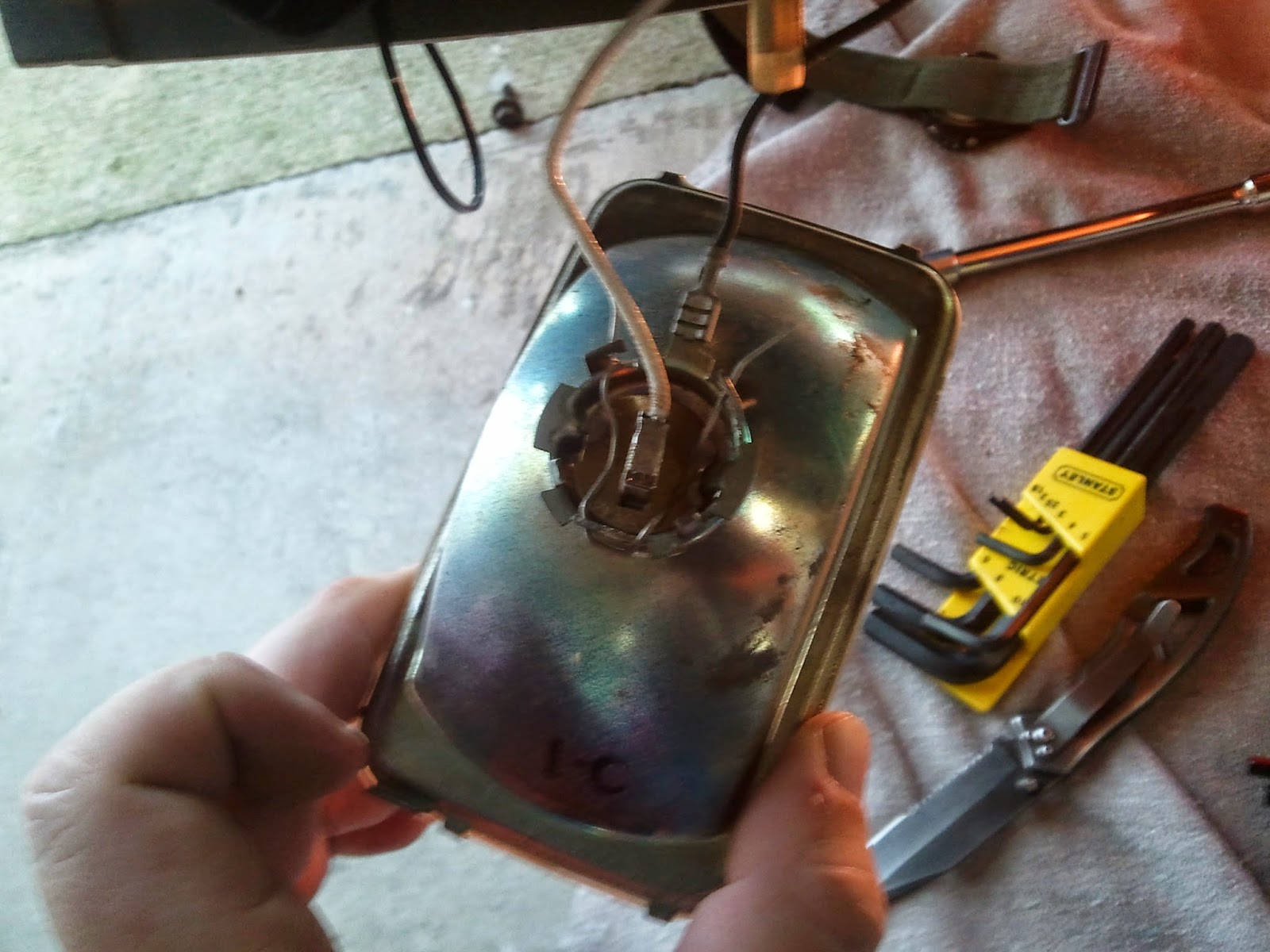 The bulb is held in with a simple three point wire latch that looks suspiciously like a paper clip that's been unfolded.  You have to remove the light from the front spoiler and then the mount from the light.  Tedious. 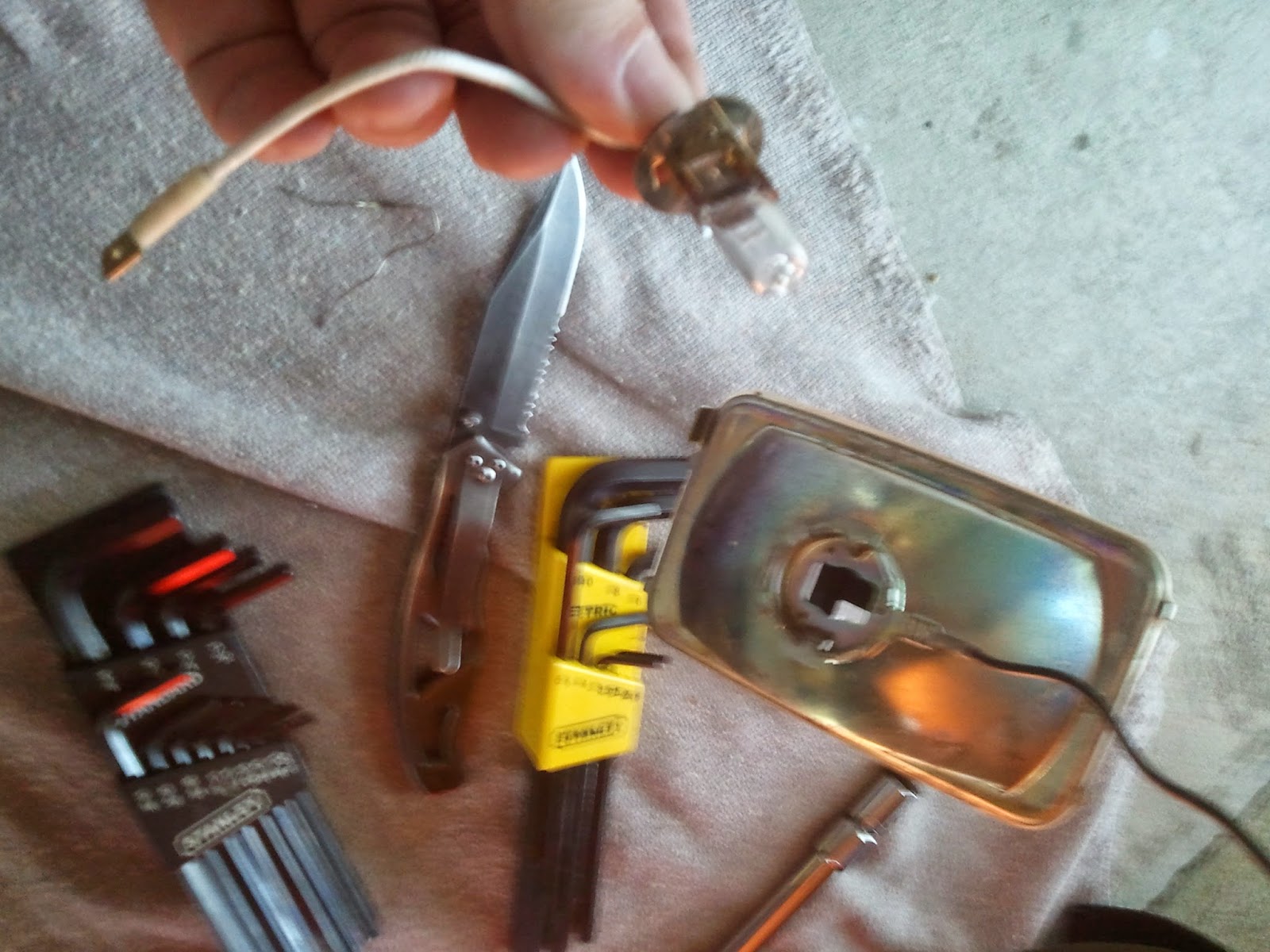 The new bulb fits in and is somewhat loose.  Once the wire clip goes back in place, it's secured. 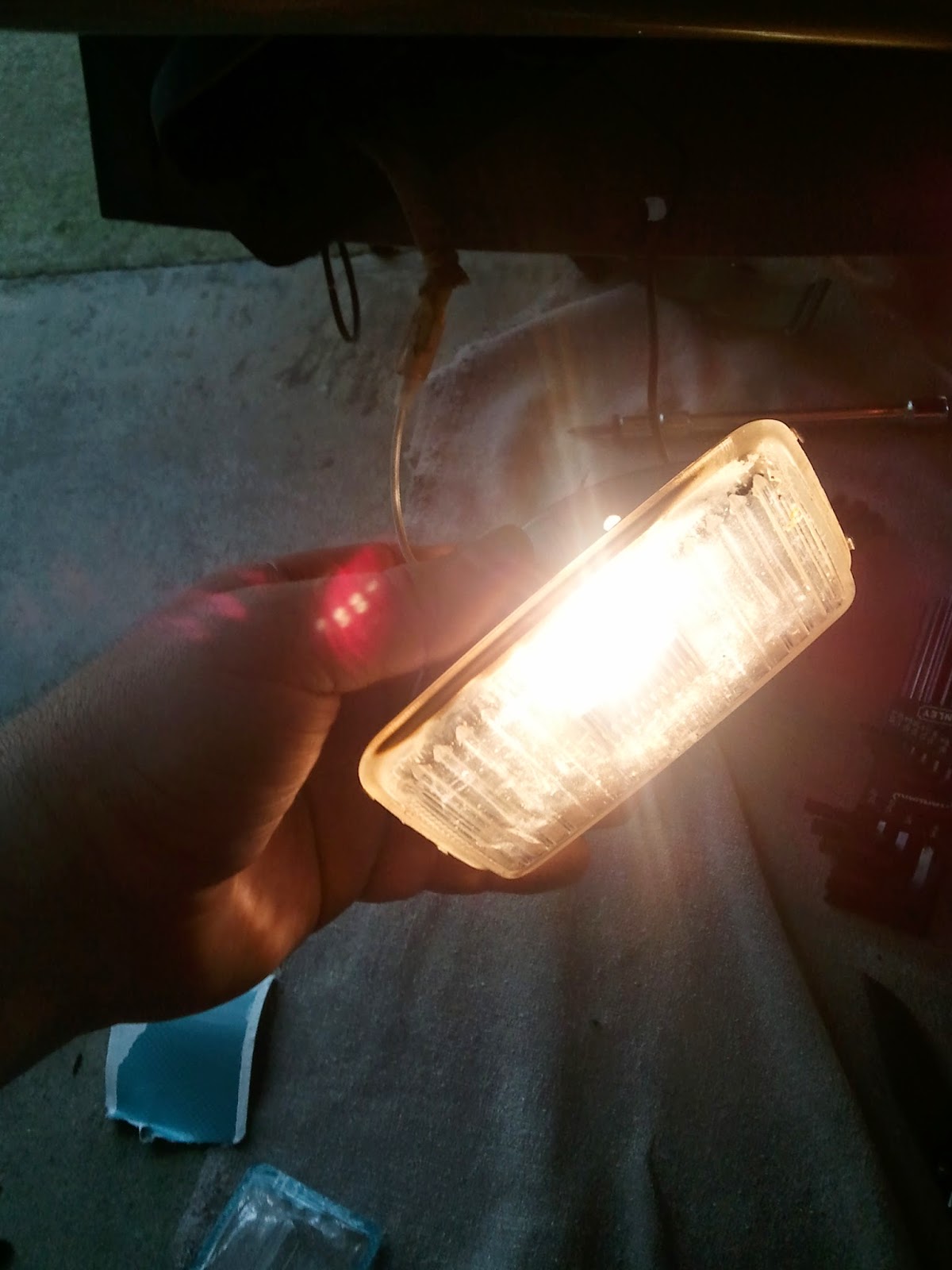 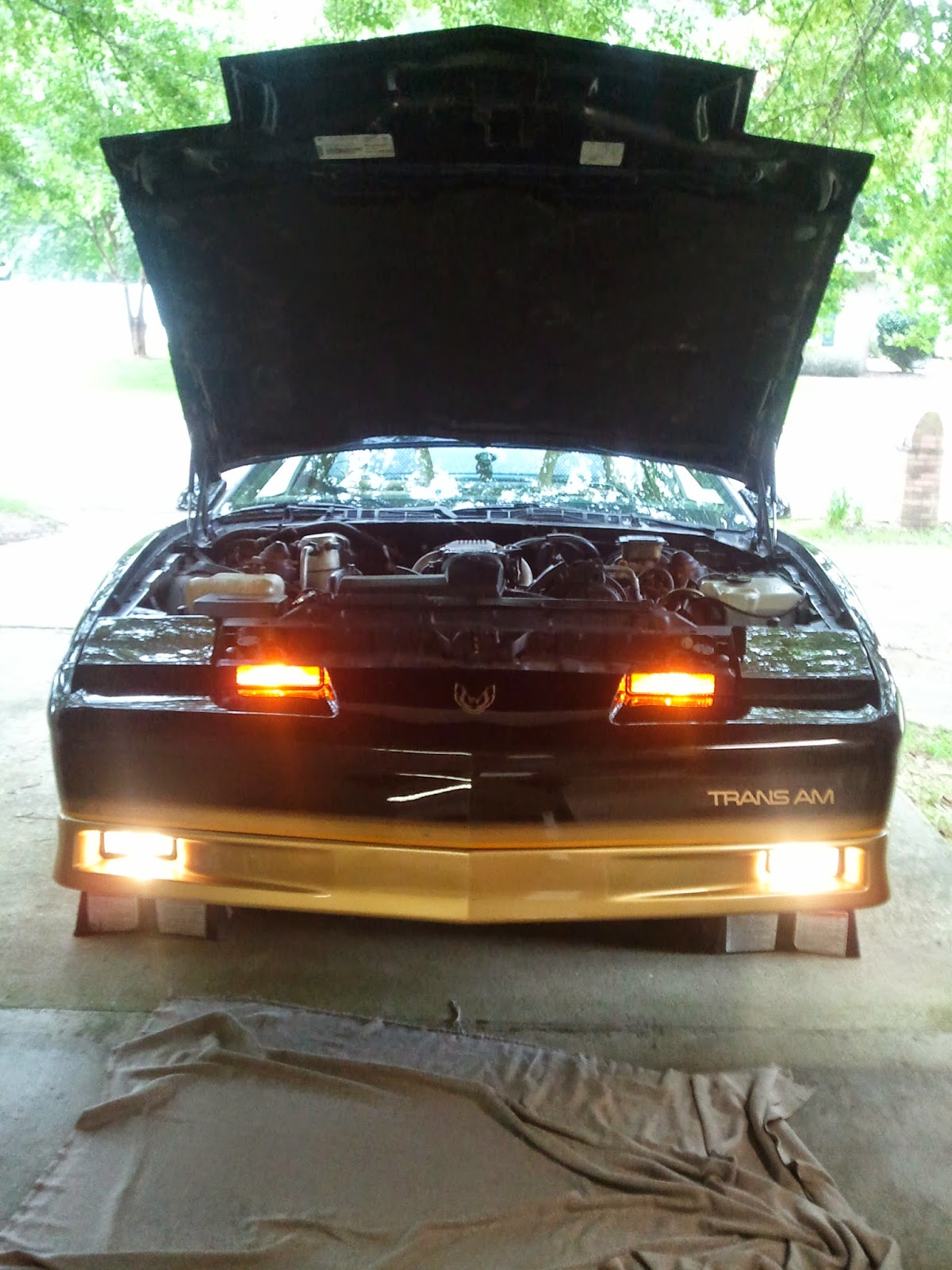 Once everything was back together and refastened I checked the driving lights.  They worked!  Perfect!  Total labor time, about an hour if this is the first time that you've ever done this ... I guess if I had to do it again, I could do it in about 30 minutes.  The first time is a learning experience, mapping out how everything is put together and how to take it apart.  The second time you'll know and it will go a lot faster / smoother. 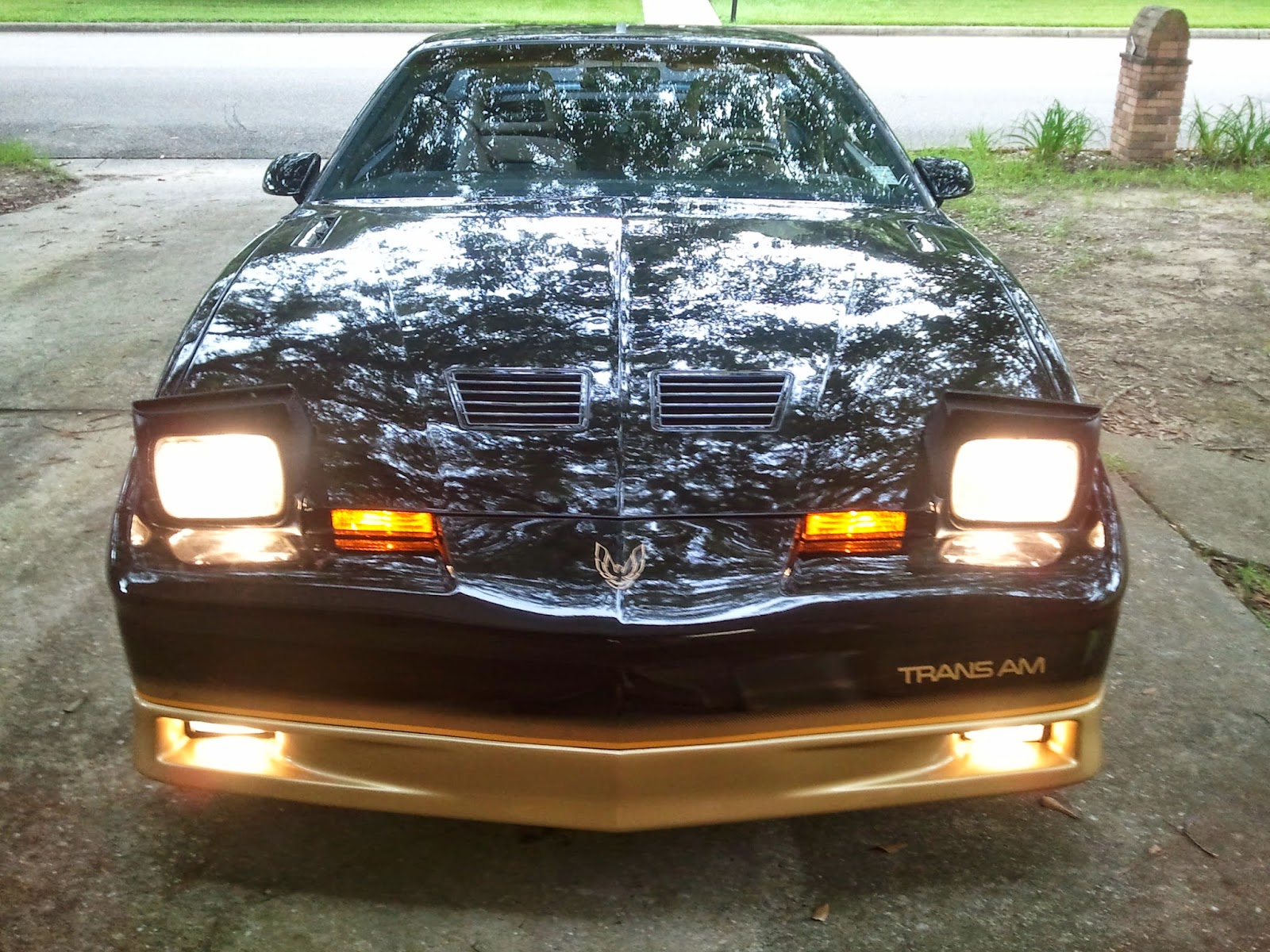 Posted by Christopher T. Shields at 6:18 AM